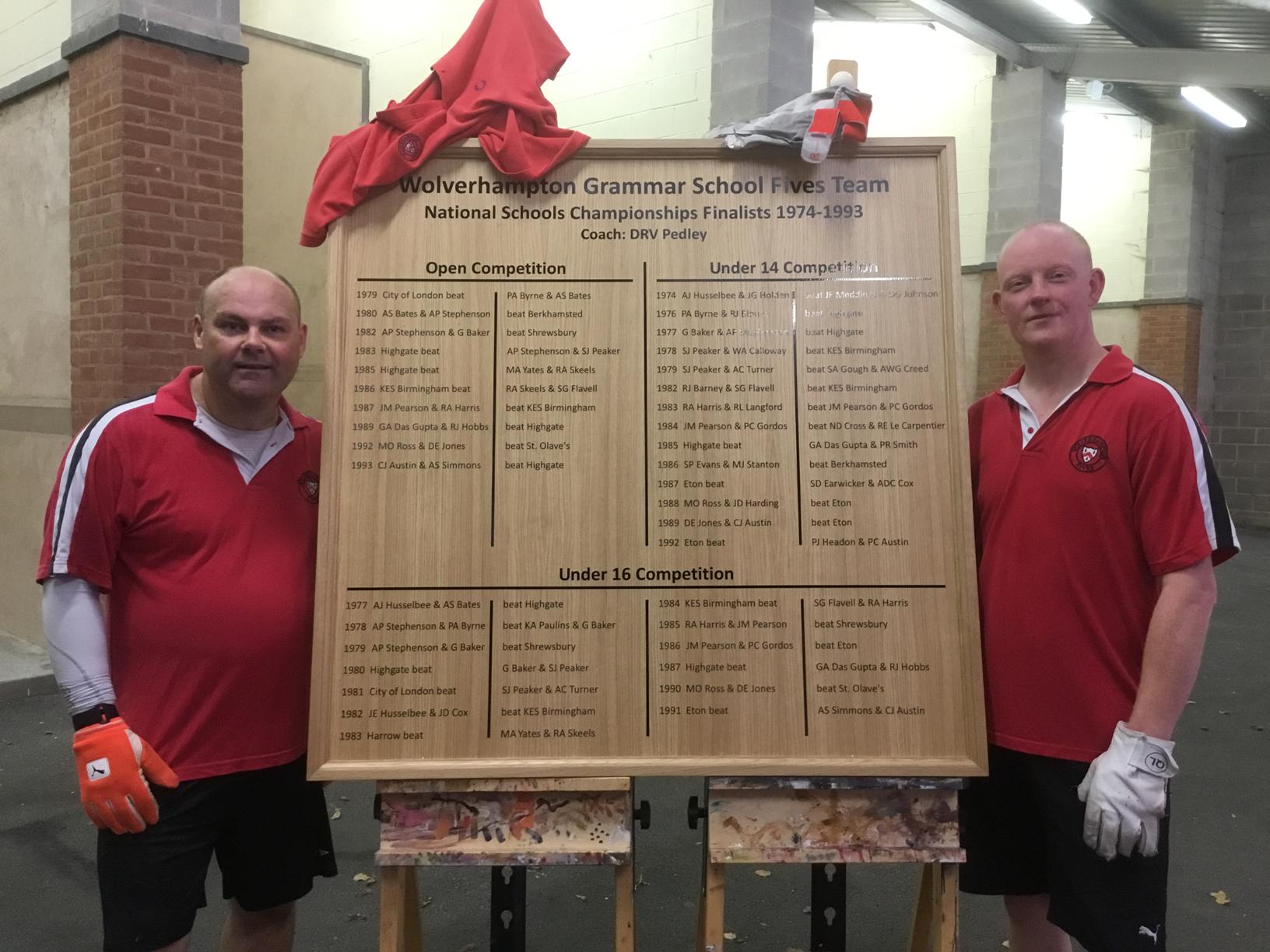 15/10/18: Celebrating 50 years (at least) of Wulfrunian Fives, the largest gathering of OW Fives players seen for many a long year assembled on 8 Sept. All were there to witness the unveiling of the new Honours Board and get back on court.

Many were straight back into action and rolling back the years, some turned up in civvies but quickly disappear to retrieve sports kit. A Who’s Who of National Schools Finalists from the 1970s, 80s and 90s, once again graced the Fives Courts - Husselbee, Bates, Byrne, Stephenson, Yates, Flavell, Harris, Pearson, Hobbs, Ross, Jones, Austin and Simmons to mention but a few of David Pedley’s all conquering team. It was also pleasing to see the new vintage of OW Fives Players on court before returning to University. Kathy Crewe-Read, Head, unveiled the splendid new Honours Board that is now proudly on display in the Sports Hall reception. Huge thanks must go to OWA President Andy Husselbee for organising the new Honours Board, and to Carrie Bennet, and the Marketing Team at WGS for organising the day.