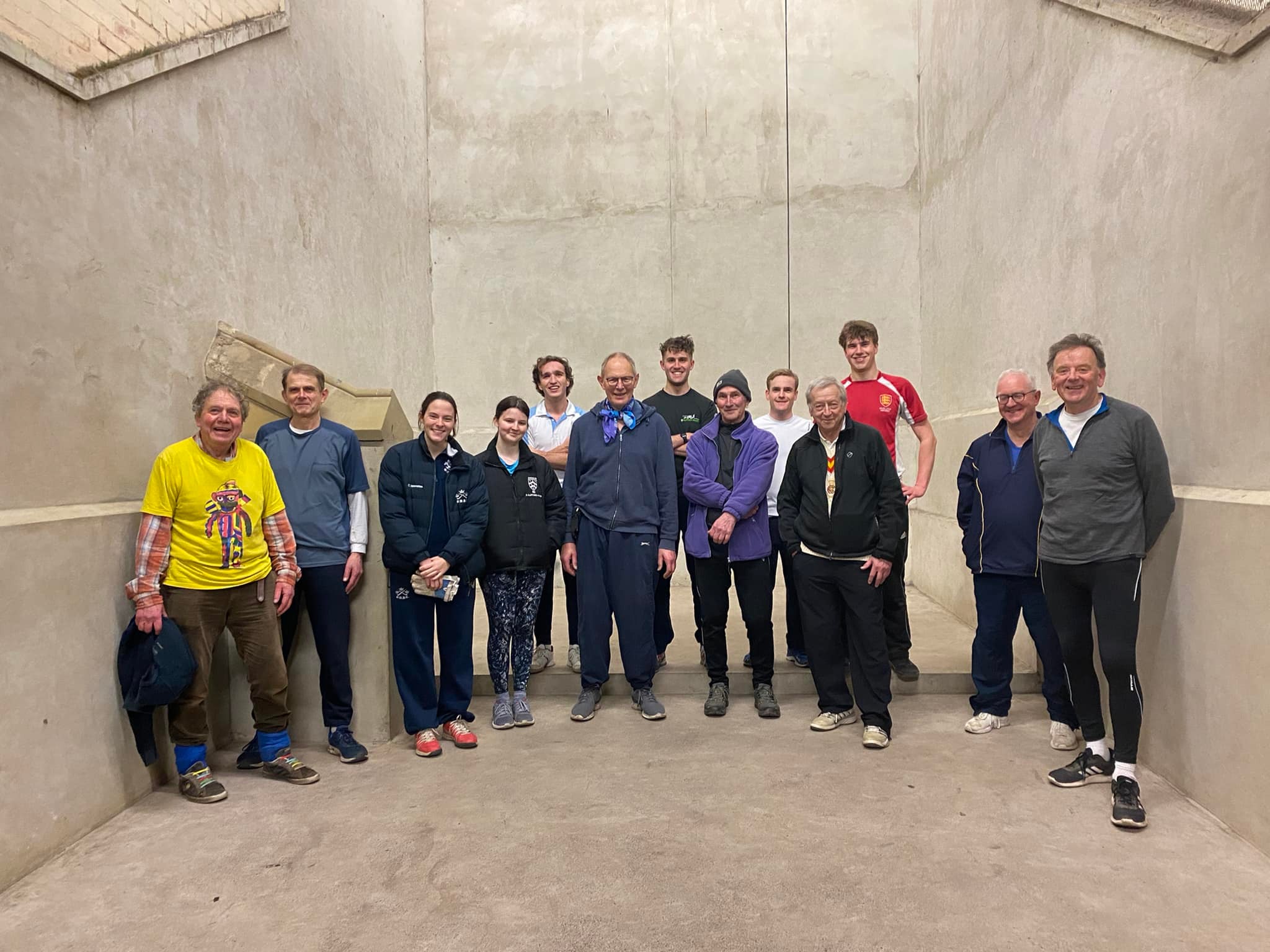 04/02/22: Forty five years is a long time. Do you recall the miners' strike, Edward Heath and the end of the Vietnam war?

Forty five years was also the approximate span between the average ages of Oxford’s veteran Bunch of Fives and our first-ever fixture guests, Oxford University EFC.

Could wisdom, cunning and worldly experience make up for the physical attrition of four and a half decades? In a fairy tale, perhaps. We didn’t even test the possibility on a mild February evening at Iffley Road. For two hours, we played mixed pairs - one of us, one of them - and an excellent time was had by all.

James Green and his student colleagues easily made the running, but we had our moments. The Bunch includes wily players such as Peter Furnivall and Simon Beattie, who are also known as the Lord Justices because of their mastery of the obscurest rules. Also indomitable novices such as David Duthie who were fearless in the face of ball speeds much higher than at our weekly meets (11am Thursdays, all welcome, just turn up).

Lop-sided Fives’ other distinctions include totally unexpected shots such as the ‘butterfly cut’ which sees the ball drop gently down, propelled only by the feeble strength of a 71-year-old and fazing the server who is tensed for the usual zinger angled towards the pepperpot. Also the ‘second chance’ when a Buncher’s gallant attempt to return from the lower court misses but their youthful colleague darts behind and takes the shot, ambushing the enemy who had thought that it was all over.

Given the usual relationship between age and youth, we hope that it was refreshing for the students to have been the teachers. To be complimented by a potential half-Blue for a bold return is akin, for an OAP, to being told by a yoga teacher that your sideways plank is awesome.

We also really appreciated and learned from an exhibition game put on by the OU players before we adjourned to the Chester Arms (whose landlord played Fives at school and may join our ranks). And it was great to meet Rachel Wood from North Oxford EFC again. She was among players who were as kind and generous as the students when we had two sessions at Summer Fields school in our earliest days, just before the pandemic. We hope that our second fixture at Iffley Road later this year may be with North Oxford.

We continue to grow and now almost always fill both courts. Recruits have come by word of mouth and we keep trying to spread the word and challenge lazy notions of the game being peculiar or posh. The EFA’s wonderful online archive furnishes endless evidence of what a ‘people’s pastime’ it has traditionally been.

We are specially keen to back the EFA’s drive for more women players and it’s great to have Gilly Graham in our regular group with good hopes of more. Symbolically, we are introducing specimens of Athyrium filix-femina lady’s fern alongside the existing Hart’s Tongue Ferns in the back walls at Iffley Road. Are we right in believing that we play in the only Fives Court-with-Fernery in the world?